ROBERT F. MASLAN, JR. is a member of the firm. He practices in the areas of land use and commercial litigation. Mr. Maslan serves as an Attorney Trial Referee and as a Special Master in the Connecticut Superior Court for the Judicial District of Stamford/Norwalk, and as a hearing officer for the Norwalk Public Schools. He is a member of the Connecticut and the Fairfield County Bar Associations. Mr. Maslan is Corporation Counsel for the City of Norwalk.

Mr. Maslan is admitted to practice in Connecticut and New York state courts, the U.S. Court of Appeals for the Second Circuit, and the U.S. District Courts for the District of Connecticut and the Southern, Eastern and Northern Districts of New York. 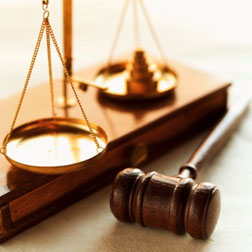